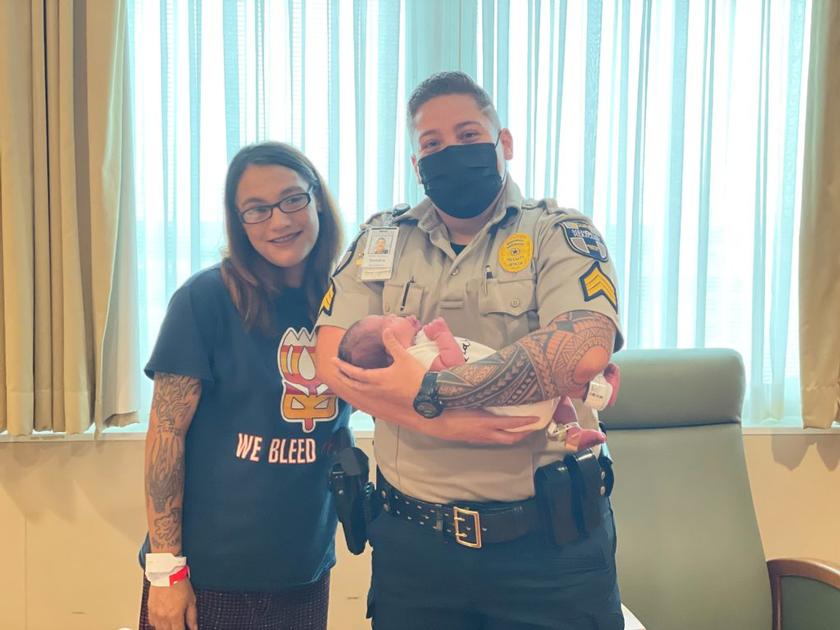 The unlikely tale began one night last October when security officer Sandra Cartagena went to look for a patient who had called to say she was on her way. By 4 a.m., when no one had arrived, Cartagena walked outside the entrance of Memorial Hermann Sugar Land Hospital, where she heard painful cries. She ran quickly to find a woman in active labor on the sidewalk.

“When I understood what was happening, that this woman was about to have her baby, I was completely freaked out inside, but I didn’t show it,” Cartagena recalled. “The moment took over and I remember telling her to breathe and push.”

Later, Cartagena learned that the woman, Morgan Lee, had driven to the hospital from El Campo, TX, after she had unexpectedly gone into labor in the middle of the night; the baby’s father stayed home with their other children, who were still sound asleep.

Never did Lee imagine that her labor would progress so quickly.

Within just a few minutes, as a medical team was rushing her way, a healthy baby girl was born right there on the sidewalk.

“I still really can’t believe it, but was so thankful I was there to help her,” Cartagena said.

Lee is, too. In fact, as a show of appreciation, she insisted that Cartagena’s name be listed on her daughter’s birth certificate as the doctor who delivered her.

Less than two months later, in an unbelievable coincidence, a similar scenario took place at Memorial Hermann The Woodlands Medical Center—this time, the baby was born in the front seat of her parents’ car.

Morgyn Chadwick began feeling contractions on the morning of Dec. 20, 2021, but knew it was too early to go to the hospital. A few hours later, she and her husband picked their two-year-old up from daycare and began their drive to Memorial Hermann The Woodlands Medical Center from their home in Porter, TX. But Chadwick’s labor progressed quickly and traffic was much worse than the couple had anticipated.

When they finally arrived at the Emergency Center drop-off, security officer Miguel Rubio and fellow officer Garrett Lorenz heard Chadwick’s screams. They ran outside to find her in labor and immediately called dispatch for a Labor and Delivery team.

“I told the dad to try to talk and keep his wife and his daughter calm, and while he was doing that I stepped in and told the mom it was going to be OK and that she should keep pushing,” Rubio said.

Within three minutes of their arrival, Rubio delivered baby Imogen in the front seat. Neither of the parents knew the gender ahead of time, and they were thrilled to learn they had a new baby girl.

Rubio remained by their side, ensuring their safety as the medical team arrived.

“I’m just glad I was able to be there and am so happy everything worked out,” Rubio said. “It’s an experience I will never forget.” 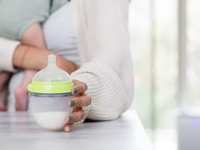 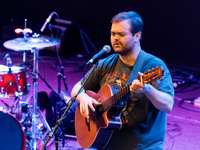 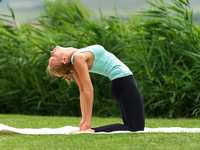 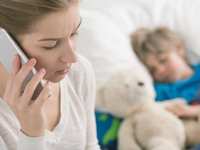 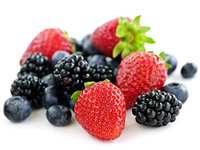 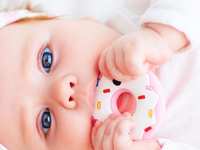 Baby Steps: A Month-by-Month Overview of What to Feed Your Baby 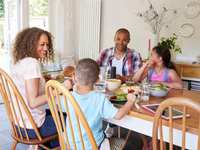 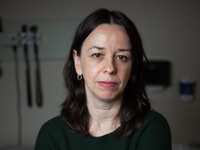 As a Doctor and a Ukrainian, My Heart Breaks for the Humanitarian Crisis that is Unfolding
Related Blogs: Health 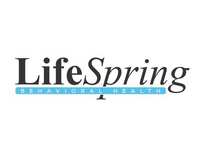 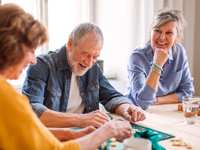 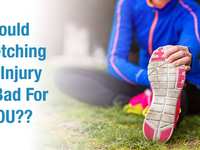 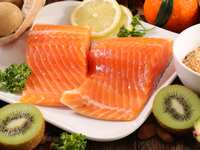 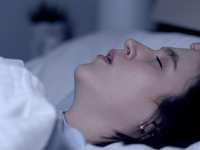 How Do Sleep Apnea Mouthpieces Work? 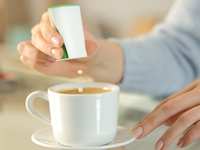 A Reminder About Artificial Sweeteners 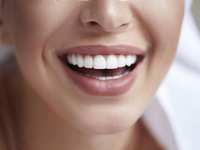 Is It Safe to Whiten My Teenâs Teeth?
Article Categories
Coronavirus The Woodlands
Covid-19 Vaccines
Diet
Health and Wellness
Lifestyles
Nutrition
Recent Articles
Baby Formula Shortage Crisis: What can concerned parents do?
Brandon's Story: Playing Music Once Again
How to Fuel Up Before and After a Workout
The Seasonal Health Checklist Every Parent Needs
Farmers Market 101: Shopping Tips from a Market Curator
Baby Steps: A Month-by-Month Overview of What to Feed Your Baby
Family recipes: How to help your kids build a positive relationship with food
As a Doctor and a Ukrainian, My Heart Breaks for the Humanitarian Crisis that is Unfolding
Effective Ways To Combat Allergy Season With Food
Radioembolization (Y-90) Offers Hope to Patients with Primary Liver Cancer
Articles by Month of Posting
May 2022
April 2022
March 2022
February 2022
January 2022
December 2021
November 2021
October 2021
September 2021
August 2021
July 2021
June 2021
May 2021
Sponsored Content