It was not long after the automobile made its United States debut in 1908 that the first car wash appeared. While claim to the title of the nation’s first car wash is still sometimes debated, most people in the automotive industry give credit to Detroit for achieving this milestone in 1914. The company went by the name Automotive Laundry and the workers completed every car washing task by hand. A visit in 1913 would have run you $1.50, which is equivalent to $36.46 today.

The first car washes in the United States cleaned customer cars on an assembly line. Car wash employees pushed each car through a tunnel-like assembly line to deliver it to a co-worker who would complete the next cleaning task.

Whereas today’s car wash features a machine to complete individual tasks, car wash owners of 100 years ago assigned employees to a single task for the duration of a shift. This could include applying soap and scrubbing the vehicle, rinsing the soap off with buckets of water, or drying it with hand towels.

Much like today, car wash owners were continually looking to provide innovate services to customers before the competition could. One example is a company called Auto Wash Bowl located in Chicago. It allowed customers to drive their cars around in a circle to loosen mud from the undercarriage and tires. They would then drive their car to an individual stall where a car wash employee would wash it by hand.

In 1940, a car wash in Hollywood, California was the first to not rely on human workers to push vehicles through an assembly line. It used a winch system that we would consider primitive by today’s standards. This pushed the cars through the car wash and stopped at stations for employees to perform the tasks of applying soap, rinsing, and drying.

Six years later, new car wash owner Thomas Simpson opened a shop with sprinkler heads to get the cars wet for washing. This eliminated the need for a human worker to do the same, but car washes still required people to scrub and rinse. Later the same year, Leo Rousseau opened a fully automated car wash that he called Mike’s Minit Man in Indiana. The company still exists 70 years later and operates more than 50 car washes in the Midwest under various business names.

Three brothers by the names of Archie, Dean, and Eldon Anderson have the distinction of fully modernizing and automating the car wash industry with the addition of nozzles to apply soap and water and automated brushes to wash the cars. They also introduced dryers with 50-horsepower to dry the cars automatically without the need to wipe them down with towels.

Later in the 1950s, the owner of a car wash company called Rub-a-Dub in Milwaukee, Wisconsin named Dan Hanna, Sr. invented equipment known for its efficiency and ability to get vehicles in and out of the car wash much faster. He opened Hanna Enterprises and began selling this equipment to other car wash owners. Another major industry event was the formation of the Automatic Car Wash Association in 1955. This organization goes by the name International Car Wash Association today.

The next two decades continued to bring automation to the car wash industry. Inventors sought and received patents for several time-saving technologies. Some of these included water recirculation systems, wrap-around brushes, and conveyor belts operating on a roller-on-demand system. This era also saw the introduction of specialty car washes such as those to clean the exterior of cars only. This reduced the risk of car wash owners because it removed the need for young and inexperienced workers to driver customer cars and work on cleaning the interior.

The United States experienced an oil crisis in the 1970s that caused auto manufactures to make smaller vehicles. This was a problem for car washes equipped to handle only large cars. Because of this, the industry underwent even more change as inventors created technology that would enable a car wash to automatically adjust to the size of the car before any washing functions started.

The early part of the new century saw an unprecedented focus of preserving natural resources. This led to car washes using less water and recycling what they did use. New automated brushes came about as well in response to complaints about hard brushes chipping paint on cars.

Aqua Auto Wash is pleased to be among the nation’s 22,000 car washes today. We invite you to check us out soon and learn what makes us different from the rest. Please visit us at www.aquaautowashanddetail.com for more information. 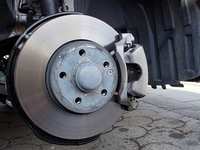 How to Tell If Your Brake Pads Need Replacing 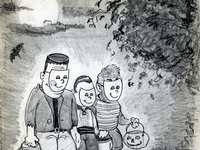 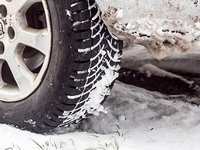 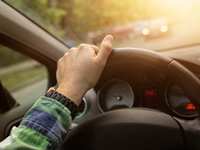 Car Smells and What They Mean 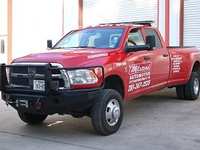 How You Could Benefit from Mobile Fleet Services 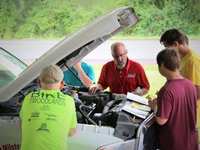 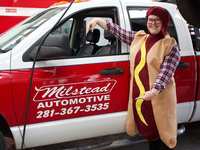