As we near the end of Spooky Season, I’ve still got at least one more game that’s sure to delight and confound your friends at your next big board game night: Letters from Whitechapel. It’s 1888, and someone -- or something -- stalks the streets of Whitechapel district at night; can you and your allies stop Jack the Ripper?

Letters from Whitechapel is a one vs many board game where one player takes up the role of Jack the Ripper, moving secretly about the map from location to location, eager to return to his hideout after a night of horrific sport. Meanwhile, the other players act as the best investigators this wretched corner of London has to offer, skillfully attempting to hunt down and capture this dangerous killer before he can strike again. Gameplay jockeys back and forth between the police and their prey through four overall rounds and ends once Jack either successfully escapes a fourth time or when the police arrest him on the streets or accurately guess the location of his hideout.

Whitechapel is a large place, with cramped, smelly streets and twisting alleys that warp the senses: and Jack the Ripper will use all these to his advantage. The map of Whitechapel is marked off by grids of circles and squares used to track movement across the board. Jack moves along the numbered-circle pathway on his turn one point at a time. It can be a slow and stressful way to move across the map, but it’s always best to avoid drawing attention to oneself after a murder. Meanwhile, the investigators move along the city using the blacked-out squares. Unlike Jack, they’re also in a hurry and move up to two spaces at a time as they rush around the city in an attempt to stop the horrific killer lest he strikes again.

Jack is slow and methodical, yet he’s cautious. Should a police officer be at a square between his current location and one he would like to enter, Jack must instead choose a different route to progress. Hubris is the downfall of man, and Jack knows better than to outright approach the police who are actively searching for him. This gives the police players a pretty sound strategy of boxing in Jack the Ripper with careful movement should they be certain they know his location on the map. You might be telling yourself “But that sounds like a really simple way to end the game,” and you’d be right! Fortunately enough, Jack has a few tricks up his sleeve to evade capture. By using special lantern and stagecoach tokens, Jack can traverse the twisting alleys of Whitechapel to emerge on the other side, or even move two numbered circle spaces away, even past the police players. This game of deadly cat and mouse continues on across the four nights in 1888 in which Jack slaughters his five victims.

Letters from Whitechapel is a social dedication game with hidden movement mechanics. The ability to extrapolate data and think critically is a must, and this game could potentially frustrate players who are not used to games of this caliber. Average game time is 90 minutes, with the game able to be played by 2-6 players -- Board Game Geek recommends 2 players for the best experience. Lastly, with a rules weight score of 2.56/5, Letters from Whitechapel is on par with most games in terms of complication.

Looking for more games like Letters from Whitechapel? If you enjoy the more investigative, freeform elements of Whitechapel, check out Sherlock Holmes: Consulting Detective and Chronicles of Crime. Fury of Dracula is of a similar vein to Letters from Whitechapel with players working together to track down Dracula and the items needed to finally put him to rest for good. This is especially recommended if you want a more antagonistic approach to your game. Until next time… 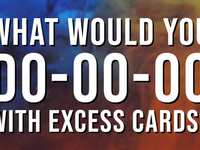 The History of Marvel 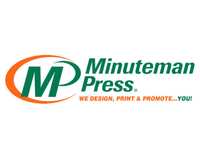 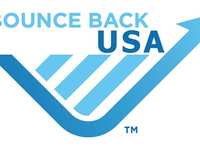