Anna Nalick is a multi-platinum selling singer songwriter from California, who in addition to writing all her own music, has been writing for other artists since the age of 15. She released her first studio album, Wreck of the Day, featuring her first hit single “Breathe (2AM)” under Sony/Columbia in 2004. The album shot to the top of the charts and sent Nalick on a nearly five-year tour around the world.

Come In Early, The Kitchen Is Open!

Dinner/Live Music with 1964 The Tribute 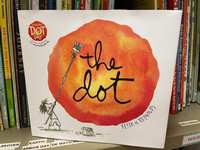