The Woodlands High School boysâ basketball team squeezed out a 61-58 area round playoff victory over Round Rock McNeil Friday night at A&M Consolidated High School.The No. 20 state-ranked Highlanders won for the 23rd consecutive time and improved to 31-3 overall by breaking a 45-45 tie in the final eight minutes to advance to next weekâs Region II-5A quarterfinals against No. 6 state-ranked Pflugerville (29-4), a 63-60 winner over Klein Forest Friday. Time, site and date are to be determined. The Highlanders forged a 53-51 lead with 3:49 left to play and held a 59-57 edge with 29.7 seconds remaining. The game was tied 54-54 and 57-57.Brian Nordstrom led a balanced scoring attack with 16 points. He was one of four Highlanders to score in double figures. Brandon Caporale tallied 13 points while Garrett Colonna contributed with 12 points and Nolan Cass added 11 more.McNeil (18-13) led 37-34 at halftime before the Highlanders turned things around.It was the second playoff game for the Highlanders without guard Jordan Alpha, who broke his foot in practice prior to the Spring bi-district playoff game. But just like when one player has an off-night shooting, another picks him up."We're really deep," The Woodlands coach Dale Reed said. "That's the great thing about having a great team, when your special one is not hitting that night, someone else steps up. "We're like that. We're always going to pick each other up. And if we can continue to do that then we can really have a great season. And that's what we've done this whole season. We've had players step up and have big games. 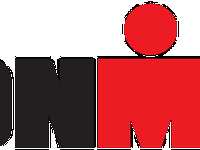