HOUSTON, TX â With just over a week until the opening of the 45th season of The Texas Renaissance Festival, Travel tips for getting to the festival grounds in Todd Mission, Texas were recently announced.

Avoid Traffic Delays by Approaching the Festival from the North
- Come early and stay late. Guests generally arrive between 11 a.m. and 2 p.m., but festival gates open at 9 a.m. Arriving early eliminates sitting in festival traffic lines and allows you to enjoy the opening ceremonies. Alternatively, attendees who stay late can enjoy the nightly Royal Fireworks and avoid traffic congestion.- Arrive from the north, not the south. Several roads from the south to the festival grounds are currently under construction. The recommended route is to approach the festival from the north by taking Hwy 105 to FM 1774 in Plantersville.- Heed not the app trolls. GPS services and travel apps may suggest alternate routes to avoid traffic, but many of these may be residential or side roads that have been closed off to festival traffic by law enforcement, forcing travelers to retrace their steps.- Follow the Texas Renaissance Festival on Twitter (@texrenfest). Festival traffic will be monitored from 8:30 a.m. â 3 p.m. each day the festival is open. While the TRF website, Facebook and Instagram platforms will be updated with traffic information, the most up-to-date source for traffic information will be Twitter. âWe have been working closely with the City of Todd Mission and surrounding municipalities and county governments to ensure smooth traffic flow to and from the festival grounds through a comprehensive traffic plan,â said Joe Bailey, Texas Renaissance Festival General Manager.For more information on planning your route, visit www.TexRenFest.com/map-directions.2019 marks the 45th season of the Texas Renaissance Festival, which features nine themed weekends, including Oktoberfest, 1001 Dreams, Pirate Adventure, All Hallows Eve, Return to the Renaissance, Heroes and Villains, Barbarian Invasion, Highland Fling and Celtic Christmas.
Comments • 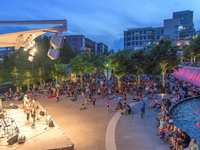 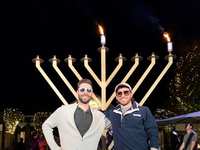 The Grand Hanukkah Celebration and Menorah Lighting in The Woodlands 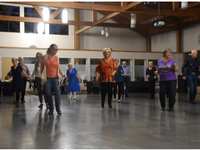 The Woodlands Township to host 50+ Dance Night on December 17 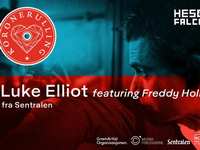