THE WOODLANDS, TX -- The Howard Hughes CorporationÂ® (NYSE: HHC) today announced that Stephen Sams has been named Senior Vice President, Master Planned Communities, Residential Development for the Houston Region, including the master planned communities (MPC) of The WoodlandsÂ®, BridgelandÂ® and The Woodlands HillsÂ®. Sams steps into the role at a time of significant growth for each of these communities. The Woodlands recently ranked as the #1 Best Community to Live in America for the second consecutive year by Niche, and according to national real estate consultant RCLCO, Bridgeland is one of the best-selling MPCs in the nation and The Woodlands Hills is one of the regionâs top-selling MPCs, with new home sales rapidly increasing as domestic migration into HHCâs award-winning communities continues.Sams brings over 20 years of experience managing land development activity. Prior to joining Howard Hughes, he served as General Manager for Johnson Development Corporation, overseeing all aspects of Jordan Ranch, a master planned community in Fulshear. Before being promoted to General Manager, he served as Senior Development Manager for Cross Creek Ranch, another master planned community of Johnson Development. In addition, Sams previously served for eight years as Land Development Manager for Perry Homes and worked for other prominent companies. Sams holds a Master of Business Administration from the University of Pittsburgh and a Bachelor of Science degree in Civil Engineering from the University of Colorado at Boulder. He is a licensed Professional Engineer in the State of Texas. âSteveâs proven track record of progressive, professional experience in managing MPCs as well as land development will be invaluable as he leads our renowned master planned community initiatives in the Greater Houston area,â said Jim Carman, President of the Houston Region for The Howard Hughes Corporation. âHe will be a great asset to our regional leadership team, and we welcome him to The Howard Hughes Corporation.âSams will take over the prior residential responsibilities of Heath Melton, who was recently promoted to President of the Phoenix Region for Howard Hughes. Under Meltonâs leadership, Bridgeland became the #1 best-selling master planned community in the Greater Houston area, #2 in Texas and #15 in the nation; and The Woodlands Hills is currently ranked #20 among top-selling MPCs in Houston in just three short years. âHoward Hughes is committed to providing sustainable developments, in a natural setting, with a focus on health and wellness initiatives for its residents, and this is evident through its successful and nationally recognized master planned communities,â said Sams. â At a time of such growth and opportunity for Howard Hughes, I am pleased to join the regional team in the Greater Houston area.â 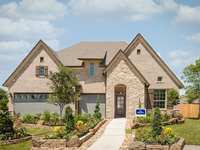 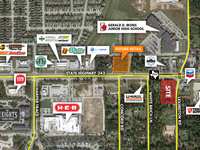 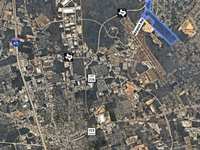 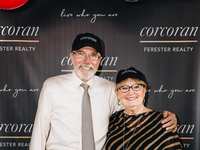