HOUSTON, TX - 50 years ago Houston inspired the world by landing a man on the moon. Shooting for the moon seemed impossible at the time, but lofty goals often do. Echoing those sentiments in this lunar anniversary year, Design Tech Homesâ MainStreet America coined the theme Moon Shot for its 7th Annual Gala benefiting the Jan and Dan Duncan Neurological Research Institute at Texas Childrenâs Hospital which is dedicated to childhood neurological and neuropsychiatry diseases. The stellar event, chaired by Shirley and Ralph Alexander, was held Saturday April 27 at MainStreet America raising an impressive $500,000 with both a live and silent auction and attended by 230 guests. Design Tech Homes Founders, Barbara & Mike Feigin started the gala event seven years ago to honor Mikeâs father, the late Dr. Ralph Feigin, who was one of the most renowned and revered figures in pediatric medicine and a fervent advocate for children's health. Dr. Feigin served as Physician-in-Chief at Texas Children's Hospital and Chair of the Department of Pediatrics at Baylor College of Medicine for more than 31 years. When the Feiginâs nephew, Jacob Sukin, was diagnosed with an incurable and rare disease, Mike and Barbara knew they had to do whatever they could to help. The annual gala was born. Since its inception more than $2,000,000 has been donated to the NRI for research. Held in the event center at MainStreet America, guests enjoyed a 3-course seated dinner amidst a ballroom sprinkled with moon dust and glitter and where a sea of white orchids floated on each table. A full moon afloat in a field of twinkling stars set the stage for the eveningâs program where NRI Director and internationally renowned research scientist Dr. Huda Zoghbi spoke passionately about the NRIâs work announcing that the team is on the brink of finding a cure for Angelman Syndrome utilizing gene therapy. In what were many emotional moments during the evening, Mike praised the âgala familyâ as he called them, recounting the strides made in the past seven years while recognizing that much work remained ahead.Some of the guests in attendance included: Mrs. Jan Duncan; Drs. Huda and William Zoghbi; Mrs. Missy Herndon, Shirley and Ralph Alexander; Cynthia and Tony Petrello; Drs. Debra and Steve Sukin; Carol and Don Gressett, Mr. Richard Wilken, Violet and John Ferguson; Drs. M. Elizabeth and Arthur Sands; Candi and Gerald Glenn; and Barbara and Mike Feigin.The 2020 gala is scheduled for April 18. 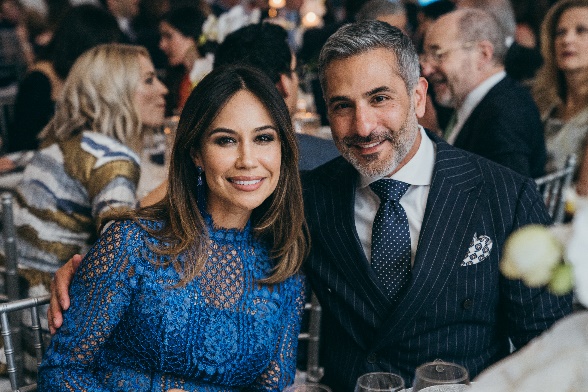 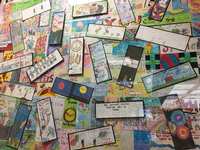 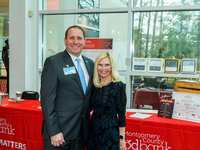 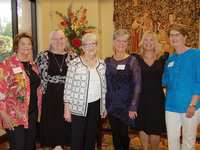 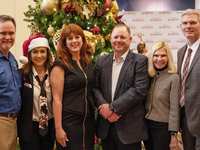