THE WOODLANDS, TX -- Late last week, the Texas Workforce Commission released its jobs report for the month of July. The report revealed the Houston-area unemployment rate to have risen to 4.0%, a very slight bump from 3.8% the previous month. This tracks with a national unemployment rate of 3.7% during the same period. A link to the full report can be found here, and more detailed data broken down by metropolitan statistical area within the state can be found here. We sat down with Allyson Emerson, Workforce Solutions Director with Kelly Services, a staffing agency, to discuss what those numbers might mean for employers and job seekers in the Woodlands area. Emerson noted that while there have been no major fluctuations in the statewide employment rate, currently the sectors offering the highest numbers of job openings are in the retail and medical sectors; the prior month also saw a slight drop in employment numbers in the energy sector. This comes as no surprise to residents of The Woodlands, who have seen continued growth in the areaâs retail offerings as well as the northward expansion of Houstonâs world-renowned hospitals, with many of their north Houston branches now concentrated in The Woodlands. âOne fourth of the business sector in The Woodlands is healthcare,â said Emerson, who noted that as the healthcare industry expands, parents of children, young people considering their career options, and older folks debating a career change, may be wise to consider entering the rapidly-expanding healthcare sector. Such consistently low unemployment rates typically signal a tightening in the labor market. A dearth of qualified talent may contribute to stalled growth for businesses across industries, especially those seeking to fill middle-skill and trade positions. So how can job seekers and employers alike can leverage the current job market climate? For job seekers, Emerson advises keeping abreast of market trends when considering which fields have more job openings in a given moment in addition to, of course, considering the pay, benefits, and company culture associated with a particular position. Millennials already comprise more than 35% of the workforce, according to Pew Research Center, which in 2018 notably defined the millennial generation as those persons born between 1981 and 1996. Moreover, an ever-growing share of Generation Z (those born after 1996) is now entering adulthood. Employers, as always, should endeavor to offer competitive wages and benefits, but they may also consider the non-monetary benefits that are particularly appealing to younger workers. Per Emerson, those non-monetary benefits may include flexible work schedules, the ability to work remotely, and contract or project-based work.Both job seekers and employers are in the process of adjusting to the recent rise of the gig economy -- wherein temporary, flexible jobs are commonplace and companies tend toward hiring independent contractors and freelancers instead of full-time employees. The gig economy offers benefits to both parties -- for workers, it may offer flexibility and the ability to explore fields and grow experience; for businesses, it can provide the right talent for the right amount of time. For those seeking project- or contract- based work, working through a staffing agency that covers those costs and provides benefits can be a potent option. Recently, the Federal Reserve lowered interest rates in response to burgeoning economic stagnation; in light of this action, weakening markets in Europe and Asia, and further yield curve inversions, the media writ large is abuzz with talk of a looming recession. âRight now, things remain in the court of the job seeker,â said Emerson, but those concerns may drive individuals considering switching employers or careers to do so sooner rather than later. 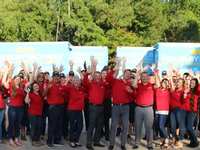 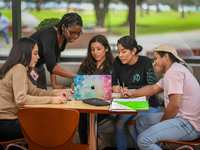 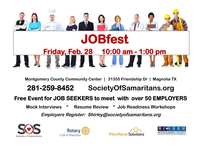