Indian national convicted of role in call center scam that victimized thousands in the U.S.

HOUSTON, TX -- An Indian national has entered a guilty plea for his role in operating and funding India-based call centers which defrauded thousands of victims out of millions of dollars between 2013 and 2016. Hitesh Madhubhai Patel aka Hitesh Hinglaj, 43, of Ahmedabad, India, pleaded guilty to conspiracy to commit wire fraud as well as a general conspiracy to commit identification fraud, access device fraud, money laundering and to impersonate a federal officer or employee.âHitesh Patel played a prominent role in this massive, India-based fraud scheme that bilked vulnerable Americans out of millions of dollars,â said Assistant Attorney General Brian Benczkowski of the Justice Departmentâs Criminal Division. âThis important resolution would not have occurred without the assistance of our Singaporean colleagues, to whom we extend our deep appreciation.âPatel and his conspirators perpetrated a complex scheme in which employees from call centers in Ahmedabad, India, impersonated officials from the IRS and U.S. Citizenship and Immigration Services (USCIS). They also engaged in other telephone call scams designed to defraud victims throughout the United States. U.S. victims were threatened with arrest, imprisonment, fines or deportation if they did not pay alleged monies owed to the government. Those who fell victim to the scammers were instructed how to provide payment, including by purchasing general purpose reloadable (GPR) cards or wiring money. Upon payment, the call centers would immediately turn to a network of ârunnersâ based in the United States to liquidate and launder the fraudulently-obtained funds.In his plea, Patel admitted to operating and funding several India-based call centers from which the fraud schemes were perpetrated, including organizational co-defendant call center HGLOBAL. Patel frequently corresponded by email and WhatsApp messaging with co-defendants to exchange credit card numbers, telephone scam scripts, deposit slips, payment information, call center operations information, instructions and bank account information. The scripts included impersonation of IRS, USCIS, Canada Revenue Agency and Australian Tax Office personnel as well as payday loan, U.S. government grant and debt collection fraud schemes.Patel also received monthly income and expense reports to his personal email from the call centers and used his Indian cell phone number to access GPR cards through automated telephone systems on many occasions.A co-defendant described Patel as âthe top person in India and the boss for whom most of the other defendants worked.â Another co-defendant claimed Patel was arrested in India in 2016, but paid a bribe and was released. Additionally, Patel admitted he was accountable for approximately $25-65 million. Patel was extradited from Singapore in April 2019 to face charges in this large-scale telefraud and money laundering scheme. Singapore authorities apprehended Patel at the request of the United States pursuant to a provisional arrest warrant in September 2018 after Patel flew there from India. U.S. District Judge David Hittner accepted the plea today and set sentencing for April 3. At that time, Patel faces up to 20 years in prison for the wire fraud conspiracy and five years for the general conspiracy. Both counts also carry the possibility of a fine of up $250,000 or twice the gross gain or loss from the offense.A total of 24 domestic defendants associated with this transnational criminal scheme have already been convicted and sentenced to up to 20 years in prison in the Southern District of Texas, District of Arizona and Northern District of Georgia. They were also ordered to pay millions of dollars in victim restitution and money judgments and to forfeit seized assets. Some defendants were removed from the country based on their illegal immigration status, while another defendant had his U.S. citizenship revoked due to a separate conviction for immigration fraud. Charges remain pending for other India-based defendants. They are presumed innocent unless and until convicted through due process of law.Immigration and Customs Enforcementâs Homeland Security Investigations (HSI), Department of Homeland Security â Office of Inspector General and Treasury Inspector General for Tax Administration conducted the investigation. The Department of Justiceâs Office of International Affairs and HSI Singapore provided significant support in securing and coordinating Patelâs arrest and extradition, working in concert with their counterparts at the Singapore Attorney Generalâs-Chambers and the Singapore Police Force.Assistant U.S. Attorneys Mark McIntyre and Craig Feazel of are prosecuting the case along with Trial Attorney Mona Sahaf of the Criminal Divisionâs Human Rights and Special Prosecutions Section and Amanda Wick of the Criminal Divisionâs Money Laundering and Asset Recovery Section. 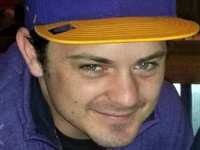 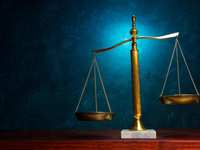 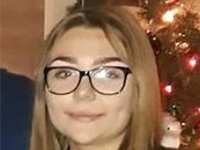 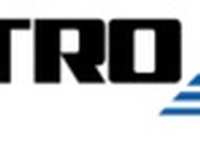