Frame the Future for Home Ownership with Habitat for Humanity MCTX
To maintain opportunities for volunteer support Habitat MCTX has created a âFraming the Futureâ home sponsorship opportunity to lead up to Women Build Week in March. Habitat for Humanity International has granted funds for the local Women Build partnering with local Loweâs Heroes. Loweâs Heroes is a company wide employee volunteer program aimed at preventing unintentional home injuries. Loweâs has contributed millions of dollars and countless hours of volunteer support to help build hundreds of homes across the country.Purchase a beam for $100 each, decorate it, and use to Build a Home. All women (and men) with their friends are encouraged to purchase a beam with family, co-workers, or groups, pick up the beam from the Habitat MCTX office in Conroe and bring them back decorated to add to the build.The goal is to frame an entire home with donors. The approximate number of beams in a Habitat MCTX home is 250. Donors can sponsor an entire wall of beams for $1,500 which will include some exposure on their social media and in the e-newsletter. Beams will be available for pick up February 10 through March 2. On March 11, the Can-Do Crew will help Habitat MCTX build walls to be raised on March 13th . The Can-Do Crew are women volunteers engaged with Habitat MCTX on a Women Build, in the Habitat ReStore and on multiple special projects. We will engage this group on March 13th in celebration of Women Build Week.Send in an image of your decorated beam to be shared on Habitatâs social media platforms though FB messenger or tag Habitat MCTX! Let us take your photo when you return the decorated beam. All of us can make a difference to those in our community to have a safe place to call home. Habitat MCTX believes that everyone deserves a decent and affordable place to call home.Get started by going online to purchase your beam(s) at www.one.bidpal.net/framingthefuture1/welcome. Email Nicole Davis, Marketing Manager at nicole@habitatmctx.org with any questions or call the Habitat MCTX office at (936) 441 4663.Since 1989, Habitat for Humanity of Montgomery County, TX has worked with the loving hands of volunteers and donors to improve the lives of families and individuals through affordable homeownership. Habitat MCTX volunteers build strength, stability, and self reliance through shelter. Through community support build the hope of home ownership becomes a reality. Habitat MCTX is 100% self-funded and dependent on the unwavering support of the community.Learn more about Habitatâs homeownership program and many other initiatives including the Women Build, Home Repair Program, Veteran Build and upcoming events by visiting the website at www.habitatmctx.org or the Facebook page at www.facebook.com/HabitatMCTX.
Photos 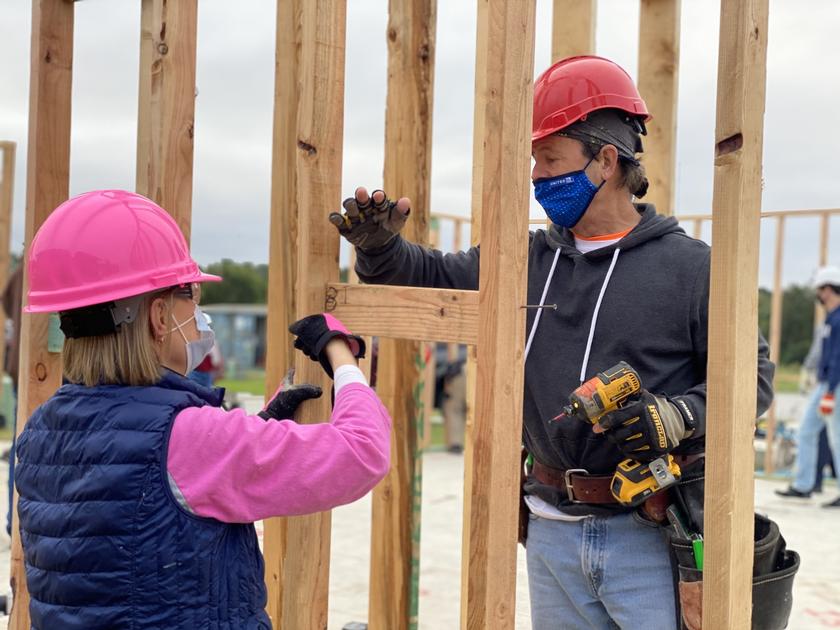 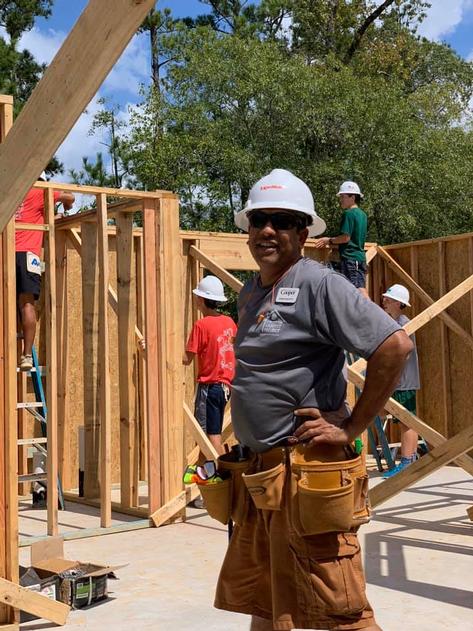 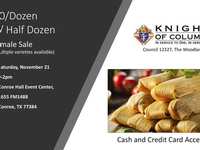 Knights of Columbus Council in The Woodlands Hold Tamale Fundraiser 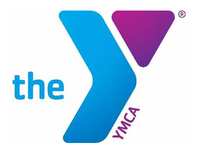 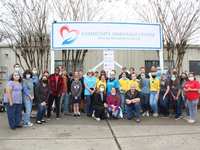 Community Assistance Center Receives 20,000 Pounds of Food and Hope from the Church of Jesus Christ of Latter-Day Saints 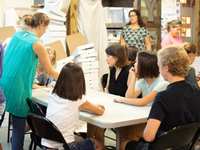