THE WOODLANDS, TX â Members of a local Woodlands family are hard-pressed to maintain their faith and finances alike due to the medical condition of their son. Now seven years old, Athan Palazzo received a medical diagnosis of autism and autoimmune dysfunction in 2018 when he was only two. Today, due to his condition, he is still in diapers, unable to talk, and unable to communicate basic needs or discomfort. Though they divorced since then, his parents Justin and Brittiny Palazzo have been united in their care for their young son.âThe name Athan means âeternal life,ââ said Justin. âHeâs everything youâd want in a young boy; energetic, kind, and sweet. Unfortunately, Athan was diagnosed with a severe case of autism, which already means an impediment for his future â challenges we were ready to face head-on â but we could not have imagined what came next.â Athanâs autoimmune dysfunction causes what his parents have come to call âflares.â Even a common illness like a cold or flu can cause such a flare, meaning his immune system goes haywire. âThe flares create endless crying, erratic pacing, and obsessive-compulsive routines. Our son disappears before our very eyes. In an instant, that loving, friendly boy is replaced with the frustration and pain of his condition ravaging his body. Itâs heartbreaking.âIn the midst of their turmoil, the Palazzos came across a group of doctors in Austin who agreed to take on Athanâs case. Inspired by the research of world-renowned neurologist Dr. Robert Melillo, the Austin Center for Developing Minds is having breakthrough success stories using cutting-edge technology where other typical methods have failed.âThey examined him physically and mentally, plus they did comprehensive lab testing. And the result? They said they could help him,â said Justin. âFinally, someone listened to us and had faith in us. Now Athan has a real shot of living with his condition in a way that it doesnât stop him from being, well, him.âWith a punchline that is as common as it is unfunny, the costs associated with the treatment that brings relief to Athan, his brother Eric, and his parents are staggering. In a desperate move, they decided to start a GoFundMe campaign to seek funds to help them pay for the doctors.âWe never wanted to make this campaign â in fact, we never thought we would ever need to â but weâre in a situation where we canât see a way out and so now we are turning to our friends, family, and kind strangers to ask for help in covering Athanâs medical fees,â said Justin. The crowdsourcing page contains a history of Athan and his condition, as well as a full breakdown of the costs associated with the young boyâs treatment for the sake of transparency. âWe realize that we are asking for a lot, but weâre not asking anyone to ruin themselves financially,â said Justin. âWeâre just asking that you pledge something towards our cause. Just something. Anything.âInterested parties can find the GoFundMe page at https://www.gofundme.com/f/wkcckg-team-athans-journey. 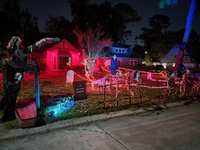 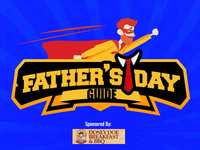 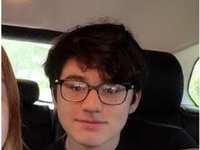 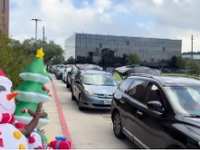