New Caney Man Gets 34 Years for Sexually Exploiting a Child

MONTGOMERY COUNTY, TX -- A 41-year-old resident of New Caney has received a massive sentence following his conviction of producing and possessing child pornography, announced U.S. Attorney Ryan K. Patrick. Joshua James Holmstedt pleaded guilty April 16, 2019. Today, U.S. District Judge Andrew A. Hanen handed Holmstedt a sentence of 360 months for the sexual exploitation of a child, otherwise known as production of child pornography. He also received 120 months for the possession of child pornography - 48 months of which was ordered to run consecutively for a total of 34 years in federal prison. He was also ordered to serve 30 years on supervised release following completion of his prison term, during which time he will have to comply with numerous requirements designed to restrict his access to children and the internet. Holmstedt will also be ordered to register as a sex offender.Holmstedt came to the attention of law enforcement July 17, 2017, when authorities in the District of Columbia posted an online message as part of an undercover investigation. They then received a message via an application known as Kik from Holmstedt. He communicated with the undercover officer and indicated he had access to two minor children which he proved by sending a picture of himself holding up a specific number of fingers in front of the minor female victimâs face. Over the course of a few days, Holmstedt sent several images of the minor female as well as other images and videos of child pornography. One of the worst videos Holmstedt provided showed him digitally penetrating the minor female. At the time, the victim was only three years of age. Based on information gathered during the investigation, local authorities were able to locate and identify the victim and the other child mentioned. Holmstedt was located July 21, 2019, at which time he indicated he had destroyed the phone he used to create the images and to communicate with the undercover officer The District of Columbia Metropolitan Police Department â FBI Child Exploitation Task Force and FBI Houston conducted the investigation with the assistance of the Montgomery County Constablesâ Office â Precinct Four.Holmstedt has been and will remain in custody pending transfer to a U.S. Bureau of Prisons facility to be determined in the near future.Assistant U.S. Attorney Sherri L. Zack is prosecuting the case, which was brought as part of Project Safe Childhood, a nationwide initiative launched in May 2006 by the Department of Justice to combat the growing epidemic of child sexual exploitation and abuse. Led by the United States Attorneys' Offices and the Criminal Division's Child Exploitation and Obscenity Section, Project Safe Childhood marshals federal, state and local resources to locate, apprehend and prosecute individuals who sexually exploit children, and to identify and rescue victims. For more information about Project Safe Childhood, please visit www.usdoj.gov/psc. For more information about internet safety education, please visit www.usdoj.gov/psc and click on the tab 'resources.' 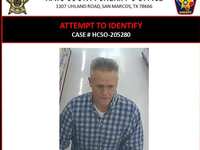 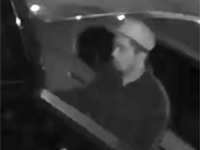 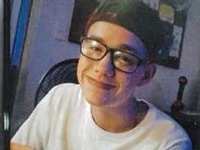 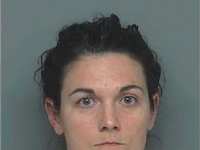