THE WOODLANDS, TX - Sgt. Marty Gonzalez, a Marine Corps veteran, passed away from complications from his time in service on November 28, 2020. He was a proud Marine, loving husband and devoted father. Gonzalez grew up on Gary Lane in the Timber Lakes/Timber Ridge subdivision near The Woodlands.In November and December of 2004, Gonzalez survived a 30-day stretch of injuries while serving in Fallujah. During that time, he earned three Purple Hearts, two Bronze Stars for valor and two Navy Marine Corps Achievement Medals with valor. Gonzalez sustained wounds from a grenade blast in November of 2004, but was able to remain in the fight. In December of that same year, he sustained injuries from another grenade blast, which resulted in a broken back. He continued fighting and the next day was shot in the arm. Gonzalez returned home shortly thereafter due to the severity of his injuries. When he returned stateside, he underwent multiple surgeries for his injuries. Gonzalez suffered from chronic pain, which put him in a wheelchair at times. Through all his struggles, he stated that he'd go back and do it all over again, if it meant that he could save the lives of his fellow service members. Since Gonzalez sustained multiple health issues from his injuries, he was unable to carry life insurance. A GoFundMe page has been set up to help his family through these difficult times. Bryan Vance, longtime childhood friend of Gonzalez, used to live a few houses away from the family. They would often watch wrestling on television and play baseball. 'We would act out some of the stunts in his room,' he said. Vance concluded with a message to Gonzalez, 'You will always be my my Macho Man Randy Savage!'Sgt. Marty Gonzalez leaves behind his loving wife Tawnee, and their four children Alyssa, Adryan, Kaylen and Emry. 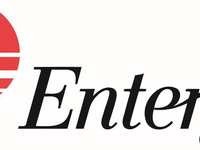 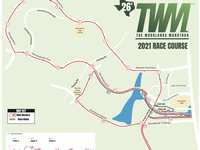 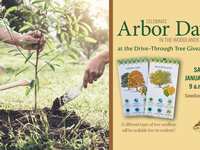 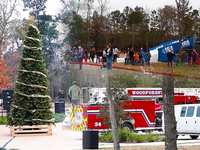 Christmas Festivities at The Church at Woodforest
Featured News