The Woodlands, TX - Full power restoration to Entergy Texas customers will last at least through the night, Entergy officials informed local leaders during a 7:30 p.m. update Monday.The delay is due to a setback in restarting power-generation at Entergyâs Montgomery County power plant and means continued rolling outages for most of Entergyâs 165,000 customers who lost power overnight Sunday due to the winter storm.Entergy customers, including those who have had power temporarily restored, can expect continued rolling outages throughout Monday night into Tuesday. Entergy said that customersâ power will be restored for at least a couple of hours at a time then be turned off for up to six hours on a rotating basis.Entergy still is trying to determine the best way to communicate the rolling outages to customers â for both those who are gaining and losing power.Of the 165,000 Entergy Texas customers without power since early Monday morning, 145,000 lost power when a decision was made to shed 800 megawatts of load in the western area of Entergyâs power grid after equipment failures caused by the freeze. The failures effecting Montgomery County occurred at the Lewis Creek and Montgomery County plants. The rolling outage are to manage the load balance until repairs are completed. According to Entergy, about 60 percent of the 145,000 customers had benefited from at least temporary power restoration as of 7:30 p.m. but should prepare for rotating outages heading into Tuesday.Entergy has stated that the reason some areas are not subjected to the rolling outages is because they fall within âPriority 1â areas where hospitals, fire stations and infrastructure facilities, such as water treatment plants, are located. 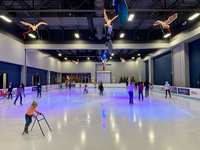 The Ice Rink in The Woodlands is Back! View Photos From The Strong Firm P.C.'s VIP Preview Party 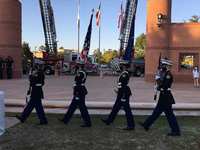 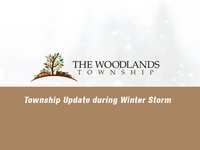 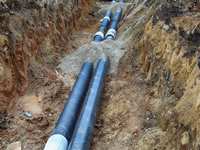