NACOGDOCHES, TX âÂ In a unanimous vote by the nine-member Stephen F. Austin StateUniversity Board of Regents, Dr. Scott Gordon, a first-generation college student who becameProvost of Eastern Washington University, was named as sole finalist for SFA President. Â Twoof those votes were cast by business women from Montgomery County. Nelda Luce Blair, alawyer with The Blair Law Firm in The Woodlands, was appointed to the SFA Regents Board byGovernor Greg Abbott in 2015.Â  Blair serves on the Regents Executive Committee as Secretary,and also participated in the search as part of the Presidential Screening Committee.Â  She willchair the Presidential Transition Committee for Dr Gordonâs anticipated arrival. Earlier this year,Governor Abbott also appointed Judy Larson Olson, a Conroe resident and Woodlands MarketPresident of Spirit of Texas Bank, to the SFA Regents Board.Â  One of Olsonâs firstresponsibilities was to vote on a new president for the university.Â  âThis could be the single mostimportant task of my 6 year term on the Board of Regents,â noted Olson. âIt is an incrediblehonor just to serve on this Board, but to be a part of transforming the future of my college almamater is more than I could have imagined.âA native of Malone, New York, Gordon received his bachelorâs degree in biology from the StateUniversity of New York at Cortland. He earned a masterâs degree and doctorate in botany andmycology from the University of Tennessee in Knoxville and holds certifications from theHarvard University Graduate School of Education in educational management and leadership.As EWU provost, Gordon is the universityâs chief academic officer, overseeing more than 500faculty members in six academic colleges, with responsibility for academic policy and planning,distance education, international programs and institutional research.Gordon led a complete reorganization of EWUâs Academic Affairs unit, led the development andimplementation of the universityâs strategic plan in 2018 and developed partnerships withcommunity colleges, business and industry, as well as government entities.Â This work washighlighted by a unique partnership with Microsoft and the collaboration with multiplebusinesses on The Catalyst, a 140,000-square-foot facility in downtown Spokane.Â  Â Â Prior to joining Eastern Washington, Gordon spent 22 years at the University of SouthernIndiana, where he served as dean of the Pott College of Science, Engineering and Education. Inaddition, Gordon served for 10 years as the Faculty Athletics Representative, was named aNCAA Faculty Athletic Representative Fellow, and was vice president and treasurer of the GreatLakes Valley Conference, which includes 14 NCAA Division II institutions. Â âI am honored to be named sole finalist for the position of President at Stephen F. Austin StateUniversity,â Gordon said. âI look forward to the next steps in this process and the opportunity towork with the SFA Board of Regents, university leadership, faculty, staff, students and the greatcommunity of Nacogdoches to build on the tradition of excellence at SFA.âGordon called the opportunity to serve as a leader at SFA a âdream come true.âÂ âI am deeply committed to the vision, mission and goals of SFA and believe my background andvalues are a great fit with the institution,â he said.Â âI look forward to joining the SFA family.âIf confirmed by Regents after the state-required 21-day waiting period, Gordon will becomeSFAâs ninth president, succeeding Dr. Baker Pattillo, who was SFA president from 2006 untilhis death in December 2018.Before interviewing finalists for the presidency, Regents considered recommendations from thePresidential Screening Committee that worked with an executive search firm, R. William Funk& Associates of Dallas, to review applications and meet with prospective candidates.Alton Frailey, who chaired the search committee, said Gordon is an accomplished visionary whowill lead SFA into its second hundred-year history.âDr. Gordon has an outstanding track record in all aspects of academic leadership, from bothstudent and faculty recruitment to core curriculum development and strategic planning,â Fraileysaid. âHis vision for a student-centered education aligns with SFAâs values, and we look forwardto introducing him to the campus and the community.âGordon is expected to attend a public reception from 6 to 7 p.m. Monday at the Cole Art Centerin Nacogdoches. 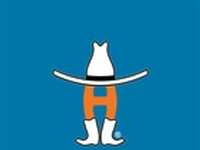 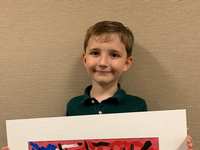 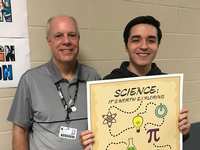 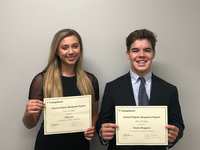