New Caney Man Pleads Guilty to Beating and Torturing Spouse in Front of Children, sentenced to 30 years in prison

MONTGOMERY COUNTY, TX -- On Friday, November 20, 2020, in the 221th District Court with Judge Lisa Michalk presiding, Phillip Edward Bowers, age 33, pled guilty to one charge of Aggravated Assault Causing Serious Bodily Injury with a Deadly Weapon â Family Violence and one charge of Aggravated Kidnapping, each with a penalty range of 5 years up to life in prison. A jury was selected in this case on Monday, November 16, 2020, and the parties were prepared to begin presenting evidence on December 7, 2020. On March 29, 2019, the Montgomery County Hospital District responded to a female in distress in New Caney, Texas. Upon arrival at the home, the victim was found alone in the back bedroom, with injuries indicating that she had been severely beaten for several days. Due to the extent of her injuries, the victim was unable to provide information about the assault, and MCHD requested the Montgomery County Sheriff's Office to respond to the home. The victim was transported immediately to Memorial Hermann Hospital in The Woodlands to begin life-saving intervention. Witnesses on the scene reported having seen Phillip Bowers leaving his residence with three children shortly before medics arrived. Phillip Bowers was subsequently located at a nearby convenience store and taken into custody. During the subsequent investigation, MCSO Detective Brandon Bartoskewitz with the Homicides/ Violent Crimes Division, determined that the victim in this case had been beaten and tortured over a period of three days by her husband, Phillip Bowers, while three children were present in the residence. The evidence indicated the Defendant used various deadly weapons to commit the assault, including the Defendant's hands, feet, steel-toed boots, a large flashlight, a box cutter, and a vinyl jump rope. Attending physicians also discovered evidence of previous assaults which required medical intervention. After multiple reconstructive surgeries and life-saving treatment, the victim survived the assault and was released from the hospital approximately two weeks later into the care of family members.Multiple agencies and organizations assisted in the investigation and prosecution of this brutal crime, including Montgomery County Sheriff's Office, Montgomery County Constable Precinct 4, Montgomery County District Attorney's Office Investigators, Children's Safe Harbor, Court Appointed Special Advocates (CASA), Department of Family and Protective Services, Montgomery County Forensic Services Department, Texas Department of Public Safety Crime Laboratory, Memorial Hermann Hospital and their SANE examiner, Montgomery County Women's Center, and Montgomery County Hospital District. Prosecutor Echo Hutson: 'The things that happened in that house are the things of which horror movies are made. We have seen many murder victims with fewer injuries than this victim suffered at the hands of Phillip Bowers. We would be remiss if we did not thank the children who witnessed this abuse, and had the courage to speak out about it While the evidence against Phillip Bowers is overwhelming, justice is served when those victims are protected from having to face their abuser in court and hating to relive their nightmare. These children can now grow up never hating to fear this Defendant again. We are grateful for their strength and for the heroic work of all the community partners in this case.' Detective Brandon Bartoskewitz: 'This is absolutely the worst assault I have investigated with a surviving victim in my career. This sentence represents justice for the victim and her children, and prevents this Defendant from harming anyone else for a long time to come.' District Attorney Brett Ligon: 'Domestic Violence, when not addressed, is an offense that tends to escalate, not get better. Here we see this behavior at its extreme. Phillip Bowers' conduct is reprehensible, unconscionable and has no place in our community. Now thanks to the work of Detective Bartoskeuitz and the Montgomery County Sheriff's Office, Bowers won't be part of our community for a very long time.' 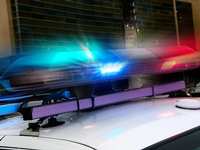 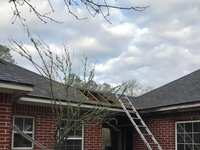 Magnolia Firefighters Respond to Structure Fire | Save Home and Contents 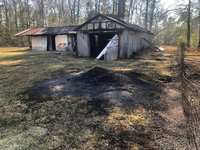 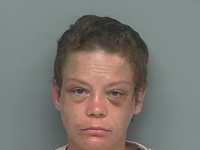