Rowing Club of The Woodlands continues to achieve greatness

THE WOODLANDS, TX -- Rowing Club of The Woodlands was established in 1989. The club started through humble beginnings with a single cargo crate serving as the boathouse. Now, thirty years later, the club has reached the top in many ways.Their base of operations is at the Woodforest National Bank boathouse, located off Lake Woodlands at Northshore Park. This storied club has put many kids through the intensive and competitive world of rowing, creating numerous opportunities for the youth of The Woodlands to achieve greatness.For example, Katelyn Bouthillette recently won the NCAA rowing championships this past spring with the University of Texas at Austin. Whatâs even more extraordinary is that Katelyn didnât even start rowing until her senior year of high school. In just one year, Rowing Club of The Woodlands turned Katelyn into one of the best rowers and gave her the ability to receive a college scholarship. Other rowers from the club would go on to row at schools like UCLA, Purdue, Calgary, and Baylor University.Rowing Club of The Woodlands is coached by Joe Flynn and Jackson Schwirtz. This past year, the club competed in the USRowing Virtual Youth National Championship where they had four athletes medal. Through multiple rounds of competition, RCTW athletes advanced to Nationals beating hundreds of other athletes throughout the U.S. Last Friday's final championship included over 60 clubs and 175 events, with RCTW being the only club that represented the entire Houston area in this competition. RCTW is a nationally recognized program that is aiming for the best. It currently has forty athletes in its youth program with thirty boys participating and ten girls. There is also a Masterâs program where adults can compete. When talking to Gabriel Grimes, RCTW board member, he remarked, âIt's funny, we row now as a sport, but back in the day, it was a form of punishment.'Rowing is a physically demanding sport that requires a ferocious will to compete and succeed. Row an hour and your whole body will ache afterward.The sport is physically demanding, but it's the team aspect of rowing that draws many people in, says Gabriel. While there are Singles competitions, rowing is typically done in Doubles, Quads, or Eights. RCTW competes in two competitive seasons, Fall and Spring. The Fall season goes from August to November and features 5000-meter time trials called head races. In the Spring season, February through May, rowers compete in 2000m sprint races with four to eight teams in a heat racing against each other.The main reason RCTW has had so much success is because of the structure put in place that focuses on doing things the right way before anything else. âOur main focus is technique and safety,â said Gabriel. âWe believe if you get the technique right, youâre going to have the foundation to go really fast.âRowing isnât just about your arms, it involves using the full body in the correct sequence to generate the power to move the boat at a high speed. RCTW rowers have the advantage of learning from experienced and decorated coaches that have led many rowers to high levels of success.Another advantage is that RCTW is one of few clubs with consistent access to a lake. Being located on Lake Woodlands, RCTW can get out and row almost every day throughout the year which helps the team stay a top contender. Because of this, RCTW loves to give back to the community whenever possible.Rowing Club of The Woodlandsâ mission statement is âProviding the community, a venue to build excellence in character, training, and skill through the great sport of rowing.â The club participates in a community cleanup day quarterly during the year. During this, members of the club clean up around Lake Woodlands and the pathways around the waterfront. To get involved with the program, visit the club websiteYou can also message their Facebook page. 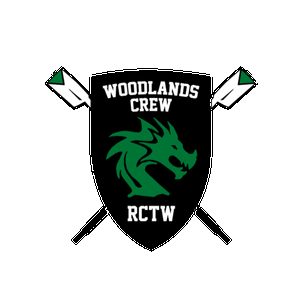 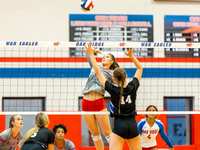 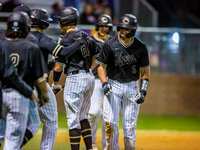 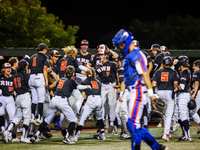 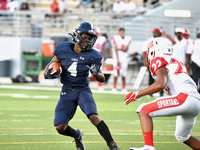