HOUSTON, TX -- Today, Houston Livestock Show and Rodeo officials announced that country music singer-songwriter and Texas native Parker McCollum will make his RODEOHOUSTON debut Saturday, March 12, 2022. âWe canât wait to welcome yet another Texas native and country music star to the RODEOHOUSTON stage for the Houston Livestock Show and Rodeoâs 90th anniversary celebration in 2022,â said Rodeo President and CEO Chris Boleman. âParker McCollumâs passion for country music and Texas roots will certainly resonate among rodeo fans and Texans, alike.â McCollum joins the likes of George Strait, Cody Johnson and Bun B at RODEOHOUSTON in 2022. The remaining star entertainer lineup will be announced Jan. 5, 2022. Individual RODEOHOUSTON tickets will go on sale to the public Jan. 13, 2022, at rodeohouston.com. Ticket prices start at $20, plus a $4 convenience fee. About Parker McCollum Parker McCollum grew up in Conroe, Texas, just outside of Houston. He started playing guitar and writing songs as a teenager, and carried his love of music to Austin, where this country music star really started to shine. McCollum started to tour the Texas capital and released his debut album, âThe Limestone Kid,â in 2015, where he wrote or co-wrote nine of the 11 tracks. The album received positive reviews and he took to the road, booking shows in several major Texas cities. Throughout his rise, McCollum has sold out many of Texasâ most well-known venues including Stubbs, Billy Bobâs Texas and Nutty Brown Amphitheatre. His music has appeared on several prestigious lists, both âHollywood Goldâ (EP) and âGold Chain Cowboyâ charted on the Billboard 200, and his most popular song, âPretty Heart,â is a platinum-certified hit. He credits his authentic musical roots to seeing the longevity of icons like Willie Nelson and George Strait. McCollum has a lot of writing success to his name, and his list of shared songwriting credits is impressive, including stars like Wade Bowen, Randy Rogers, Rhett Atkins and Miranda Lambert. The Houston Livestock Show and Rodeo promotes agriculture by hosting an annual, family-friendly experience that educates and entertains the public, supports Texas youth, showcases Western heritage and provides year round educational support within the community. Since its beginning in 1932, the Rodeo has committed more than $500 million to the youth of Texas and education. The 2022 Rodeo is scheduled for Feb. 28 â March 20. The 2022 Worldâs Championship Bar-B-Que Contest is scheduled for Feb. 24 â 26. For more information, visit rodeohouston.com and connect with #RODEOHOUSTON online via Facebook, Twitter, Instagram and YouTube for all the latest news. 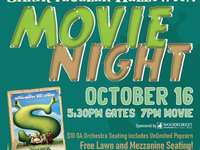 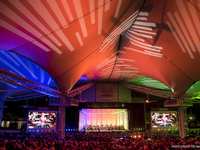 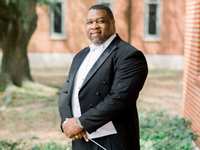 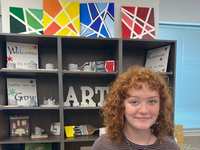