THE WOODLANDS, TX -- Aside from a pair of explosive plays by Grand Oaks, the first-ever meeting on the gridiron between The Woodlands and Grand Oaks was all Highlanders. The Woodlands cruised to a 52-17 victory over the Grizzlies to stay undefeated in District 13-6A.

The Woodlands put their offensive weapons on full display Thursday night as six different players reached the end zone for the Highlanders. Highlanders WR Jack Calhoun turned a quick pass from QB Connor Dechiro into a 22-yard touchdown to open the scoring midway through the first quarter.

After a couple of stops from both defenses, the Highlander offense was back to putting together impressive drives. Dechiro tossed his second TD pass to RB Lane OâBrien, who was left wide open in the end zone on a wheel route for a 10-yard touchdown. The Highlanders defense continued to stymie the Grand Oaks offense, getting the ball right back in the hands of their offense.

RB Jobarre Reed ripped the Grizzlies defense for a couple of big gains to set up the third score of the game. Dechiro completed his first-half hat trick with a great pass placed perfectly in the corner of the end zone where only WR Ben Ferguson could get it. Three scores out of their first four drives put the Highlanders up 21-0 midway through the second quarter. Dechiro finished the game with 224 passing yards to go along with his three TD passes.Since district play began, the Grand Oaks offense has struggled to light up the scoreboard as they did in non-district games. That said, the Grizzlies still have the ability to make big plays at any moment. WR Seth Wright out leveraged the defense on an end-around and raced away down the sideline for a 77-yard touchdown.Jobarre Reed scored late in the half to reestablish the three-score lead for The Woodlands. The Highlanders went into the locker room leading 28-7.Only one counted, but Grand Oaks opened the second half with two 70-plus yard scores. An illegal formation penalty took the first touchdown off the board, but RB Micah Cooper followed that up with a 71-yard touchdown to give the Grizzlies some life. Grand Oaks forced and recovered a fumble to really flip the momentum of the game. However, The Woodlands defense got a much-needed stop to settle things down.A Trey Harrison field goal and another touchdown from Jack Calhoun put The Woodlands up 38-14 late in the third quarter. This set the stage for freshman QB Mabrey Mettauer to give Highlanders fans a glimpse of the future. Mettauer and WR Cade Moore connected for a 53-yard touchdown pass at the start of the fourth quarter. Mettauer showed his skills as a runner as well on a late touchdown that put an exclamation mark on a dominant night for The Woodlands. Mettauer finished with 80 passing yards, 23 yards on the ground, and two TDs.The Woodlands moves to 3-0 in district 13-6A. The Highlanders will host Conroe next Saturday. Grand Oaks drops to 1-2 in district play and will go on the road to Willis next week.
Related Links
The Woodlands High School Football Team Directory Page 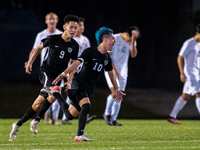 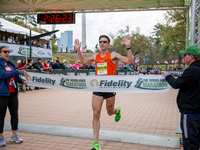 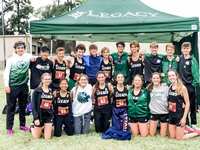