THE WOODLANDS, TX -- Girls SoccerGrand Oaks 6, Aldine Davis 1The Grizzlies cracked open a six-pack of goals in their 6A playoff debut against the district 14 runner-ups. Reese Rupe and Veronica Patel led the Grizzlies with a brace each to go along with goals from Natalie Buschke and Jorja Bragg.Grand Oaks took the game to the Falcons right from the opening whistle. Playing at home in front of friends and family provided an extra boost as the Grizzlies were on the hunt for a quick goal. Despite facing heavy pressure from the Grizzlies, Davis survived the first 10 minutes and looked to settle into the game. However, in the 12th minute, Grand Oaks finally broke through. Rupe scored her first of the night after the Davis keeper had trouble catching the corner kick and she was in the right place to tap home the opener.Davis responded almost immediately with a goal against the run of play to tie the game at one. Grand Oaks seemed unfazed, as it was clear they were still in control despite the slip-up. Sure enough, Grand Oaks took the lead right back a few minutes later. Buschke took a great touch in the box to beat the defender and finished with a strong shot.The Grizzlies cashed in another corner kick in the 23rd minute when Bragg headed the ball off the post and into the back of the net to take a 3-1 lead. Grand Oaks kept the pressure on and when Davis was unable to clear the ball, Patel casually scored into an empty net for her first of the night. Grand Oaks was making a statement with their first-half performance and if that wasnât clear already, Rupe let everyone know the Grizzlies meant business at the end of the first half. Only a few seconds remained when Rupe decided to have a go from about 25 yards out. The stunning strike went over the keeper and just under the crossbar to send Grand Oaks into halftime with a 5-1 lead.Patelâs chip shot that went bar down in the second half put a bow on a historic night for the Grizzlies. Grand Oaks will go for their second-ever 6A playoff win when they face the winner of Tomball Memorial and Cypress Ranch in the Area Round next week.The Woodlands 7, Spring 0As theyâve done to most of their opponents this season, the Highlanders overpowered the Lions in their bi-district matchup at Woodforest Stadium. Courtney Koehler and Natasha Budisa each bagged two goals and The Woodlands picked up three more from Ellen Persson, Ashley Jackson, and Kate Korkowski. All seven goals came in the first half. Up next for the Highlanders is Cypress Woods in the Area Round next week.Boys SoccerThe Woodlands 2, Nimitz 1Just like another popular tournament that takes place in the month of March, the goal of the UIL playoffs is to survive and advance. The Woodlands did just that as it took a Hasan Arif penalty kick in overtime to send the 10-man Highlanders through to the next round. Nico Gonzalez was also on the scoresheet for The Woodlands in the win. Either Bridgeland or Tomball will face the Highlanders in round 2.MacArthur 3, College Park 1AJ Veraâs goal wasnât enough to keep the Cavaliersâ season alive on the road at Thorne Stadium. College Park, the district 13 four seed, finished the season with an 8-9-4 record. 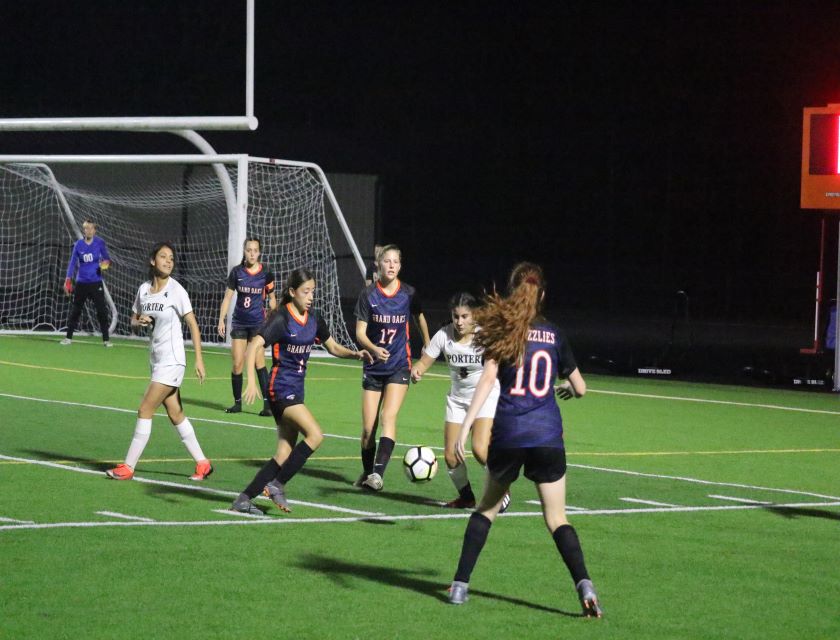 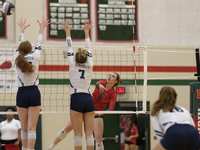 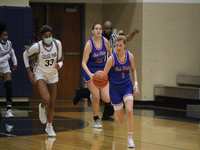 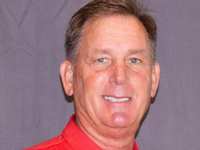 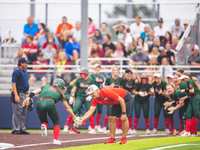